Thank You For Your Support

After seeing the positive experience my two youngest children had their first year, this past summer I signed up two of my older kids without telling them, just feeling like if I could get them there, 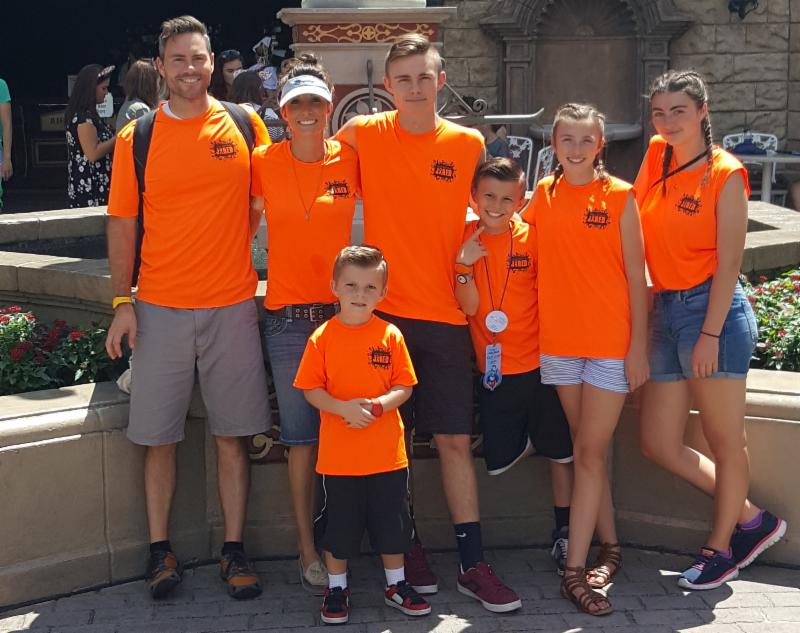 I have sat down a dozen times to start this letter and haven't quite been able to.


This past summer four of my kids were able to attend Camp Hobe , two of them for the first time. For my son with cancer and his little brother, the first year they were able to attend I knew this camp was special - he had a place to go where even with little hair and color in his cheeks he wasn't asked questions and was able to be a kid, just a boy that wanted to be normal and do fun kid things. Things that we take for granted in our day to day living if we are able to do them.

After seeing the positive experience my two youngest children had their first year, this past summer I signed up two of my older kids without telling them, just feeling like if I could get them there, they would have a great time. You see, something I hadn't realized as a mother while my younger son fought through an advanced form of stage 4 cancer was that his siblings, my other children were fighting their own kind of battle. A battle that most kids or even adults wouldn't notice. They had to watch their brother fight for his life, watch their mother cry when no one was looking, go to games and events without parent support, be the recipients of help that they would never had asked for, show strength when they weren't feeling strong ‐ all while trying to live a "normal" life.


But...nothing was normal, no matter how hard I tried to keep life normal for them as their mom, show them I cared about them just as much as their brother, I just wasn't around for them like I wanted to be. That alone leaves a lasting impact on kids. After my son finished his cancer treatments there was a flood of emotion and other issues that presented themselves for our family. I just hadn't realized the emotional stress that my other children had suffered.

For my older son, especially. He is a "tough" kid, doesn't show emotion and once he learned I had enrolled him for Camp Hobe wasn't very happy with me. I tried to ask him to give it a chance, if he really didn't like it, I wouldn't sign him up again in the future. I dropped him off the first day of camp with a knot in my stomach. I worried about him all week. When I had said goodbye to him, he had assured me he wasn't going to participate in the activities, definitely wasn't going to sing camp songs, try to make new friends and didn't mind telling me he was about to have the longest week of his life. You can imagine my nervousness in leaving him there.

When pick up day arrived, I was just as nervous as when I had dropped my kids off. I walked around camp looking for my older son first, I could not find him and began to worry. Finally I saw him, he was with a group of kids and one of his counselors singing a camp song with the actions! I almost started crying. My son had a huge smile on his face and was genuinely having a good time. I listened to him and my daughter talk the entire drive home about their week and experiences at camp. To say that week was life changing for both of them is an understatement. There seemed to have been a true healing in his demeanor and attitude.

I am not exaggerating when I say Camp Hobe has been life changing for our family.
My children look forward to returning, and I hope they can continue to go for years to come as they continue to heal and work through their injured emotions. Something special happened while they were there. I am a mom grateful beyond words for all those that sacrifice so much of their time and efforts to help families like mine to begin the healing process from such life altering events as cancer. I hope to be able to pay it forward one day when we have moved past the obstacles and effects that having a child fight through cancer leaves.

Thank you a million times over from the bottom of my heart!

With love and appreciation,