Nashville as we know it today was founded in 1779 by an exploratory party led by James Robertson. 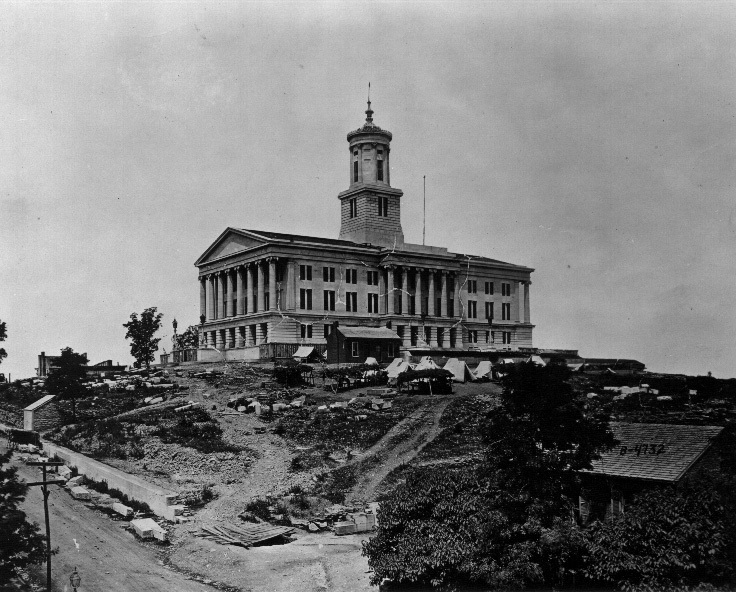 Nashville as we know it today was founded in 1779 by an exploratory party led by James Robertson. Their mission was to explore the Cumberland Valley and on Christmas day 1779 settled an area south of the Cumberland River on the bluffs overlooking the river in what is present day downtown Nashville. The settlement was originally called Nashborough in honor of Revolutionary War hero General Francis Nash. In early 1780 Robertson’s expedition was joined by a contingent of some 60 families arriving via flatboats on the Cumberland. At this time Nashborough was considered a part of North Carolina. By 1784 the city had been renamed Nashville by the North Carolina legislature. Nashville was the northern terminus of the Natchez Trace trail connecting the Mississippi and Cumberland River systems. In 1796 Tennessee was granted statehood with Nashville as its foremost city. Its position geographically and politically saw the city grow in prominence and within 20 years it counted 350 residents.

In 1806 Nashville was officially chartered as a city and saw its stature grow as the center of manufacturing and trading across middle Tennessee. Trade was predominantly centered on the transportation of cotton along its rivers and by the 1850’s its railways. With the railways it became a major depot connecting goods produced in Tennessee to the ports of Charleston, SC and Savannah, GA via the Atlanta railway depot. By 1846 it had been named the state capital. Industry continued to expand and within a few short decades Nashville became the leading iron producing city across the entire South.

When hostilities between the North and South broke out in 1861 Nashville quickly became a focal point of the western theater. Tennessee was the last state to join the Confederacy and Nashville’s northern position made it an immediate target.  Such was its strategic importance that by 1862 it was occupied by Union troops. From Nashville major Union offensives against the Mississippi Valley and Atlanta itself were launched. The battles of Shiloh, Stones River, and Chickamauga were all fought by troops garrisoned at and resupplied from Nashville.

Following the Civil War Nashville rapidly grew in size and stature. In the 50 years following the war population surged from 16,000 to over 110,000 Nashvillians. During this time many of the city's prominent universities were founded. From HBCUs such as Fisk to Vanderbilt University, this era lent heavily to Nashville being known as the “Athens of the South.” During this era Nashville went so far as to build a life size replica of the actual Parthenon to commemorate its Centennial Exposition honoring 100 years of statehood. 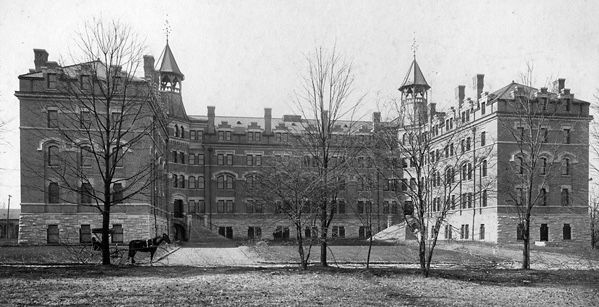 Music City as we know it today ascended to what it is today largely thanks to a spark from music entrepreneurs like Roy Acuff after World War II. Acuff saw a modicum of popularity during the late 1930s and early 1940s, joining the Grand Ole Opry in 1938. While his popularity as a musician waned rather quickly his work as a promoter of the Opry helped lay the foundation for Nashville as the country music capital of the world. The foundation of Acuff-Rose Music in 1942 was a seminal moment as it led the way for other Nashville based music studios.

The subsequent decades saw Nashville become the country music capital of the world. Every prominent country act has come to play Music City with many recording in and represented by studios along the city’s Music Row.

Nashville, however, was not spared by an exodus from urban cores and through the 1960s to 1990s Nashville’s core deteriorated into what many long time locals would call a seedy core.

The late 1990s saw a series of events that have vaulted Nashville to national prominence. NHL expansion in 1998 saw the Predators franchise land in Nashville and the following year the Houston Oilers of the NFL relocated to Nashville. Within two years the city went from zero major professional sports franchises to two. With the addition of MLS’s Nashville SC in 2020 the city now boasts teams in 3 of the 5 major US professional sports leagues with rumors of an MLB team relocating. The accompanying consumer spending from the city’s NHL and NFL franchises helped jumpstart Nashville’s construction boom. Broadway in downtown, always a draw for its live country music, saw rampant growth over the early 2000s and has become the bachelorette party epicenter of the US.

Today Nashville is a major convention, tourism, and employment center. Longstanding corporations headquartered here such as Bridgestone and Nissan North-America have been joined by upstarts like Smile Direct Club, satellite offices of Amazon, Lyft, and Eventbrite. Nashville continues to attract tourists and corporations alike, and the thriving economy has seen it become one of the fastest growing major cities across the US over the early part of the 21st century.