Five of the Best Suburbs When Moving from NYC

For New Yorkers leaving the city for a quieter life, we’ve picked out four suburbs that are ideal choices based on their property prices, expenses and schools. 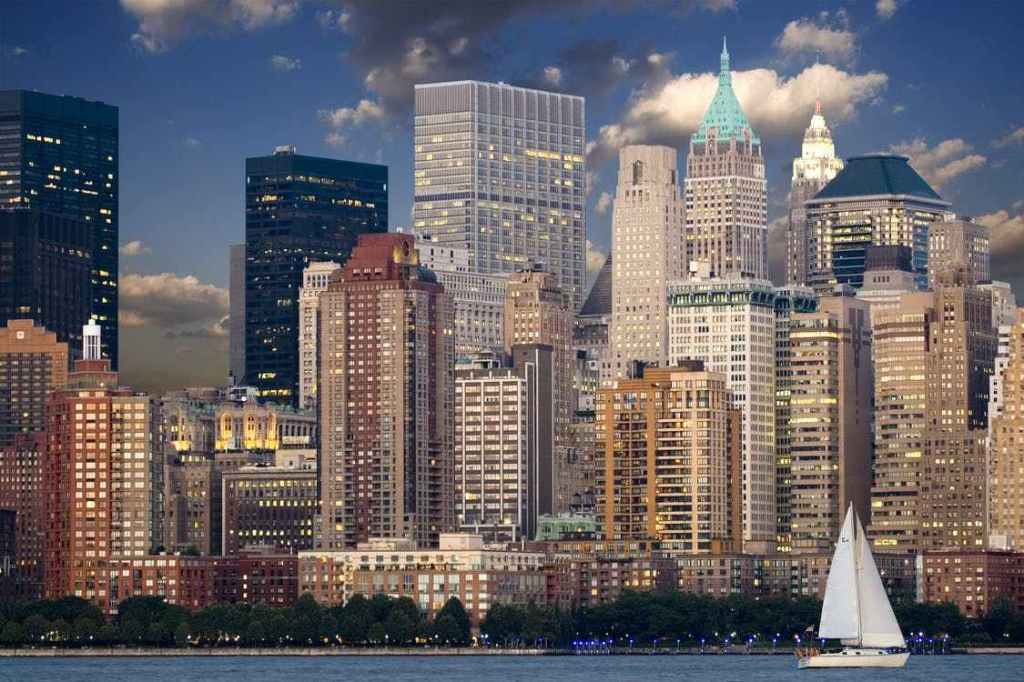 At Stache, we’re constantly being asked about the logistics of New Yorkers leaving the city’s metropolitan area for one of its surrounding suburbs. Savings, schools, and expenses to name a few are all important factors when making such an important life decision.

For this reason, we’ve picked out five suburbs that are ideal choices for New Yorkers fleeing the core of the Big Apple.

Regarding itself as a hamlet, Carmel is located 90 minutes upstate of New York City. Nestled between the West Branch and Croton Falls reservoirs, Carmel is an idyllic suburb which offers fantastic connections to the city with access to some of the state’s most beautiful nature trails.

The median value of a property in Carmel is around $410,000, approximately 46% cheaper than the median listed house in New York City. House prices in Carmel, furthermore, are expected to have dropped by 1.8% by the end of the current calendar year.

In terms of commuting into NYC’s metropolitan area, the nearest train from Carmel is in its neighboring suburb Brewster, a 7 minute car journey away. From there, you can take the Harlem line which would get you to Grand Central in a little over 90 minutes.

Expense-wise, Carmel is ranked as above average for cost of living in comparison with the rest of New York state, so saving may still be an issue for some low-middle income earners. Even so, Carmel remains significantly cheaper when weighing up its cost of living versus NYC.

For families concerned about schools, Carmel has seven private schools to choose from, with all including a preschool and one including an elementary and middle school. Carmel’s central school district receives strong academic ratings, including a favorable student-to-teacher ratio and a diverse range of after school activities and clubs for students.

Located in central-east Essex county, Glen Ridge is fast becoming the go-to area for New Yorkers looking to escape the hustle and bustle of the city.

When it comes to moving from NYC to the suburbs, few are more accommodating for commuting than Glen Ridge is. The Montclair-Boonton line which passes directly through Glen Ridge train station will get you to Pennsylvania Station in just 35 minutes.

Housing in Glen Ridge makes it a more expensive suburb to live in than Carmel, with the median house price sitting at just over $680,000, though this is expected to fall by 2.5% over the next 12 months. In spite of this, property in Glen Ridge remains 12.5% cheaper than New York city.

As Glen Ridge is located relatively near to the city’s metropolitan area, its cost of living remains higher than most New York suburbs. Costs for amenities such as groceries, utilities and healthcare are approximately 56% higher than the national average.

In the northeastern part of Westchester county, North Salem sits around 50 miles north of Midtown Manhattan.

Noted for some of its famous residents like late night talk show host David Letterman, North Salem is a popular destination for local tourism, with breathtaking woodland walks and charming village architecture.

For travel, the commute into NYC from North Salem is very similar to Carmel. After a 9 minute car ride to Purdey’s train station, you can take the Harlem line directly into Grand Central, for a total journey time of 80 minutes. An off-peak single purchased before boarding the train can cost as little as $12, making the commute from North Salem more affordable than other New York suburbs.

North Salem’s school district has a more than favorable academic performance, with its educational institutions ranking within the top 100 schools in the state for maths, reading and writing comprehension, and also the breadth of the school curriculums.

The commute from Great Neck to the city center is quick. Real quick, in fact. From Great Neck train station, it takes only 35 minutes and as little as a $5 fare to Penn station.

Its housing market, on the other hand, is not as kind to its residents’ finances. The median value of a Great Neck property currently sits at $1,175,000, which is by far and away the most expensive place to buy property on our list. Interestingly though, the housing market in Great Neck has become very cold, meaning that willing buyers of Great Neck properties would be in a strong negotiating position.

Likewise, the cost of living in Great Neck is high, given its close proximity to NYC’s metropolitan area. Even though it’s marginally cheaper than the city center for utilities, healthcare, and transportation, its significantly higher housing costs and slightly higher groceries costs makes it a more expensive place to live than NYC overall.

Considering the high living costs, it's no surprise that Great Neck’s schooling options are of the highest standards. Four of its schools rank in the top 100 New York schools, receiving As and A+s in terms of its academic curriculum, teaching staff, college prep, and after school activities from education comparison site Niche.

With stunning scenery and incredible nature trails, Katonah feels like an otherworldly experience when thinking of its proximity to NYC.

Far enough away from the great urban sprawl that is New York City’s central neighborhoods, this suburb that is located just over 50 miles upstate and is a haven for hardworking New Yorkers and their families.

From as little as $11, the train from Katonah train station will take you all the way to Grand Central in just over 80 minutes.

Katonah properties have a median value of around $730,000, which is still around $30,000 cheaper than the current median price of listed homes in NYC. Additionally, property aggregator Zillow predicts that property prices in Katonah will drop by 2.8% within the next year.

For cost of living, Katonah remains slightly more affordable than NYC’s metropolitan suburbs, with savings on transportation up to a third of what would be paid in the city center. Groceries are roughly 6% more affordable in Katonah than NYC, while savings on healthcare are only at 1.2%.

Schools-wise, Katonah can boast having the 22nd best school district in all of New York state. With student to teacher ratios averaging 12:1, it’s no wonder why Katonah’s school district scores A+ for its academics, after school clubs, and college preparation efforts. As well as this, Katonah schools have the 26th best teachers out of 690 New York school districts, contributing to Katonah students having the best possible educational opportunities.

If you’re considering leaving your hectic NYC life behind and heading for one its surrounding suburbs, you’re not alone.

So, when trying to pick the right suburb for you and your family, make sure you do some thorough background research into cost of living and transportation if you’re going to be commuting.

Use our top picks as a guide and know that when it comes to fleeing the city, there’s plenty of options to make a better life in a New York suburb.