The Complete Guide For Moving to Philadelphia

We’ve compiled the ultimate guide for moving to Philadelphia so that you’ll know what’s waiting for you upon arrival. 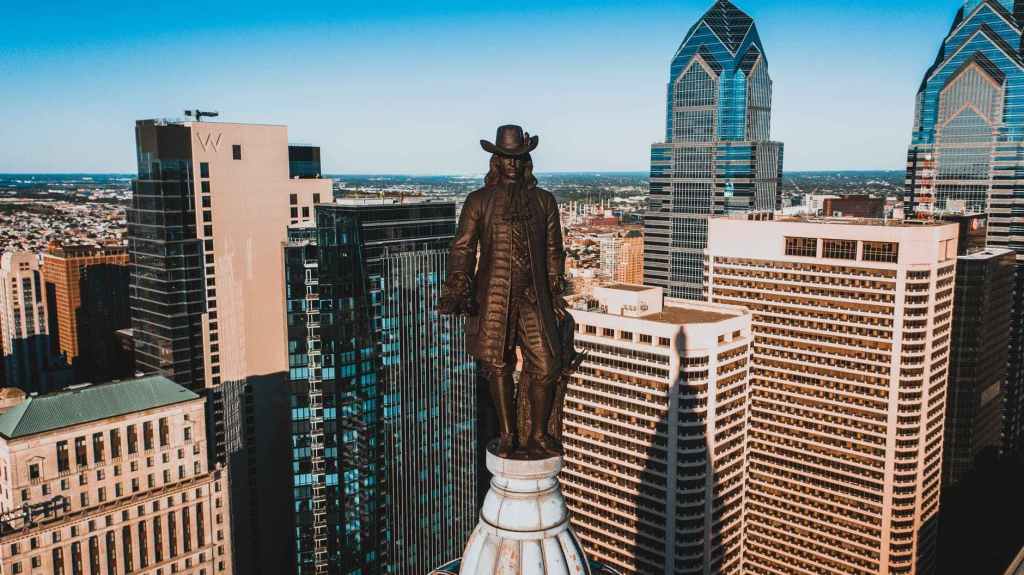 If you’re considering relocating to the city of brotherly love, there are a few important factors to consider before doing so.

At Stache, we’ve compiled the ultimate guide for moving to Philly, so that you’ll know what’s waiting for you upon arrival.

After reading the following, you’ll know:

But first things first, let’s take a look at a brief overview of Philadelphia as a city.

Philadelphia is Pennsylvania’s largest city and home to around 5.7 million people.

Philly is famous for being a city of firsts and home to a range of internationally-renowned art. It’s also one of America’s most culturally diverse and historically significant cities. As well as housing the world-famous Liberty Bell, Philadelphia was the first place to have a general purpose computer and hospital in the US.

The recent increases in real estate prices have coincided with significant sections of Philadelphia shifting from low-income to high-income households. This adds to the city’s reputation as an increasingly desirable place to live and work.

If you’re considering moving to Philly, take a look at Stache's storage options in the City of Sisterly Love.

Philadelphia straddles two major climate zones between Delaware and Maryland, with the warmest zone being in the southeastern corner.

The highs range from 77-90°F during the summer, while lows can reach 28°F in the winter. Philadelphia’s summers are hot and humid and humidity levels sit between 60-70% at peak warmth. However, it’s no stranger to a shower, as the city rains for around 120 days of the year.

The most pleasant weather is between the months of May and August. Therefore, this is the most popular period for travel and tourism.

The Best Philadelphia Suburbs and Neighborhoods

Philadelphia has several up-and-coming neighborhoods that are perfect for young, first-time buyers and families alike.

Here are a few that we recommend:

A small town charm with big city attractions, Ardmore has great transportation connections to the city center with a range of bustling restaurants and bars.

This suburb can be found on the westside of Philly and is home to some 13,000 residents. The median house price in Ardmore is just under $360,000, making it an attractive proposition for first-time buyers. Furthermore, these prices are expected to rise by 6.8% over the next 12 months.

Ardmore is an ideal choice for millennials, given its growing reputation for gastronomy, ample shopping destinations, and exciting nightlife.

Conshohocken is by far and away the best Philly suburb for commuters.

Around 15 miles outside the city center, Conshohocken has reliable rail service that takes young and seasoned professionals to and from Philly’s downtown area every day. Moreover, with only 8,000 residents, Conshohocken isn’t overcrowded in the slightest!

Property-wise, the median house price is around $355,000. However, condos tend to be cheaper than this. Since prices are expected to rise by 7.5% within the next year, Conshohocken is a lucrative opportunity for professionals looking for a healthy real estate investment return.

Located in Easttown Township, Chester County, Devon is our pick for families moving to Philadelphia. It’s home to a mere 2,000 residents, making it perfect for escaping the hustle and noise of the city center.

In terms of school districts, Devon has one of the best in the state. Its public schools score incredibly high for their academic rigor and preparation of students for college. With teacher to student ratios between 15:1 and 16:1, you can rest assured that your children will receive the attention and tutoring they deserve in a Devon school.

The slight catch is that housing in Devon is more expensive. As a desirable place for families to settle, the property market in this suburb is far more competitive than other Philly neighborhoods. The median house price for properties sold in Devon sits around $525,000.

Philadelphia is shaping up to be one the hottest job markets across the US.

According to ZipRecruiter, there are currently over 160,000 job vacancies in Philadelphia, with a variety of full-time, part-time, and freelance positions on offer. Full-time salaries range from $36,000 to $106,000 per year.

With renowned medical facilities, there’s also a high demand for medical assistants and doctors in Philadelphia. On top of this, the state offers many research placements for healthcare professionals.

On the other hand, there’s a host of service sector and entry-level jobs throughout Philly, with companies such as Home Depot, Footlocker, and Amazon all currently hiring in the area.

Cost of Living in Philadelphia, Pennsylvania

Philadelphia’s cost of living is pretty reasonable. When compared to the rest of Pennsylvania, it ranks as slightly more expensive for groceries and healthcare.

However, at the federal level, Philly’s groceries and healthcare costs are lower than the national average. Furthermore, the median price of buying or renting property in Philadelphia is also significantly cheaper than at the state and national level.

Travel costs can be higher in Philly. Not only is the train above average in price (with $4.25 being the cheapest inner city train ticket), but gasoline and car insurance both run at a premium.

Looking to save a buck or two when making your move to Philly? Become a host with Stache and spend more money on Philly Cheese Steaks.

Attractions In and Around Philadelphia 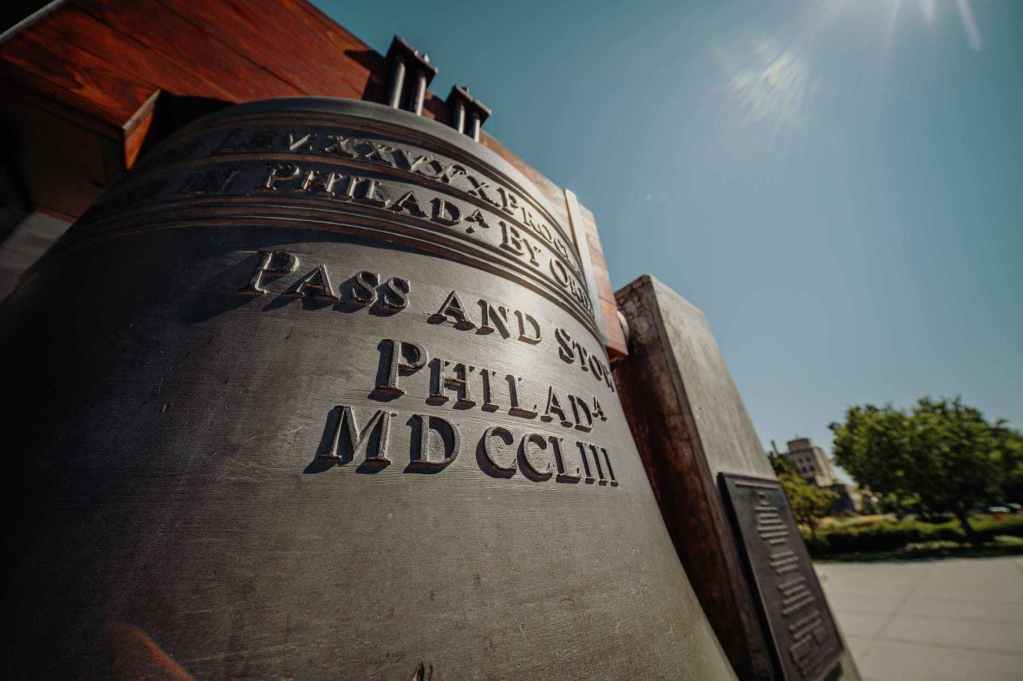 Philadelphia is also blessed with some of the US’ most historic and culturally enriching attractions.

If you’re an art enthusiast, the Philadelphia Museum of Art is one of Philly’s oldest and most striking locations. The museum exhibits a healthy balance of local and international pieces, depicting Philadelphia’s history and seminal works of the likes of Rembrandt, Thomas Eakins, and Georgia O’Keefe.

Likewise, Philadelphia’s Liberty Bell is steeped in fascinating legend that attracts people from around the country. As a famous symbol for freedom and justice, the Liberty Bell summoned Philadelphians to hear the first reading of the American Constitution in 1776. It remains a symbolic totem for the city today.

If these two attractions don’t capture your attention, Philly is also home to an aquarium,  Japanese gardens, and a zoo.

Food and Restaurants in Philadelphia

Dining out in Philadelphia means lots of options. There’s an array of traditional American, vegetarian, seafood, and Asian cuisine available.

Here are a few we personally recommend:

How to Get There - Moving to Philadelphia, PA

Moving to Philadelphia for NYC residents is fairly straightforward. It’s less than two hours away by car, with route I-95 S the quickest way to get to Philly from the Big Apple. In addition, if you’re traveling by bus, the Greyhound leaves every couple of hours or so from Penn Station and costs around $20.

On the other hand, if you’re moving from the west coast, moving to Philly is a whole other ball game. Traveling by car coast-to-coast is a lengthy ordeal,  depending on where you’re traveling from. For example, driving from Los Angeles can take up to 41 hours.

Therefore, we recommend you fly and ship your belongings in these circumstances. Flights between Los Angeles and Philadelphia are daily and can be found for as little as $130.

Is Philadelphia a Good Place to Live? Final Thoughts

You bet it is.

It offers an incredible quality of life and a real sense of community, with the city itself being significantly smaller than nearby NYC.

It’s important to do your research before making the big jump, and we hope this guide paints a comprehensive picture of Philly life.
If you’re looking for some help storing your possessions during or after your move to Philadelphia? Take a look at Stache’s storage options in Philly.